BioCity Campus
WHERE SCIENCE AND BUSINESS COME TOGETHER

Leipzig’s “Alte Messe,” the city’s old trade fair complex, is steeped in tradition. At the heart of this historic location, we provide support for stakeholders in the biotechnology, life sciences, and healthcare industries. Follow us to learn more about the synergy between business, science, and research on the BioCity Campus Leipzig!

Virtual Tour of the BioCity Campus

Don't miss our virtual tour of the BioCity Campus - the biotechnology and science park with over 100,000 m² of laboratory and office space, just a few minutes' drive from the city centre.

In the development of  healthcare  & biotechnology

Launch of the medical technology accelerator program “The Medical Forge”

Founding of the Helmholtz Institute for Metabolic, Obesity and Vascular Research (HI-MAG)

Inauguration of the BioCube Leipzig

Founding of the Fraunhofer Institute for Cell Therapy and Immunology (IZI)

Inauguration of BIO CITY as the center of the BioCity Campus 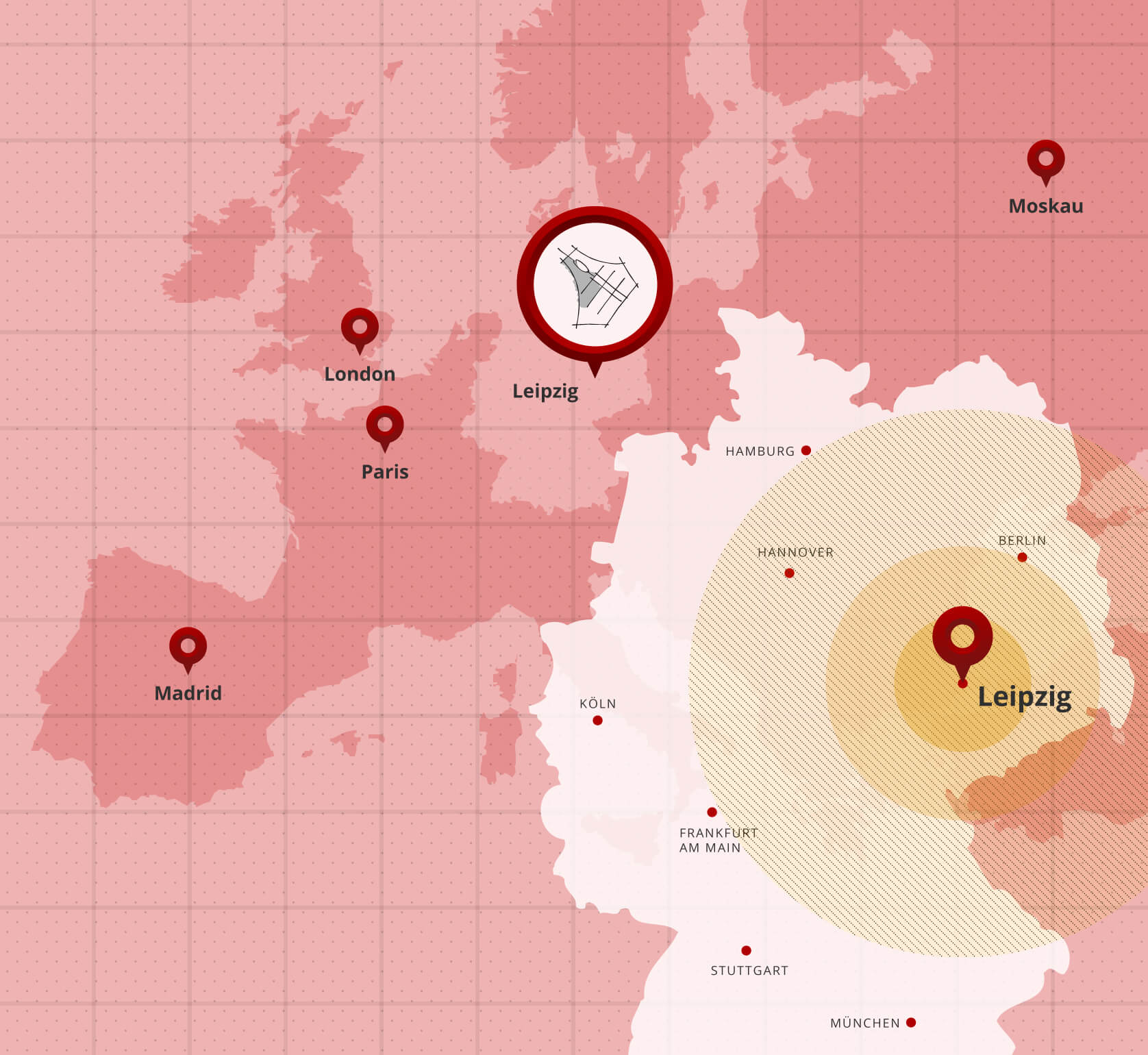 The BioCity Campus: Where Success Stories Are Written

The southeast of the city of Leipzig, at the heart of Germany, is home to Saxony’s booming biotechnology sector. Leipzig is known as a city of poets and philosophers thanks to its many renowned former residents, and it has been a hub for companies and research institutions in the fields of red biotechnology, life science, and healthcare since 2003. The location of the BioCity Campus on the grounds of the “Alte Messe” complex boasts excellent infrastructure, helping to promote synergy and fruitful partnerships between the various stakeholders and organizations located there.

BIO CITY LEIPZIG is the nucleus of the campus. It serves as an incubator for burgeoning companies with a focus on life science. It is also home to Leipzig University’s Centre for Biotechnology and Biomedicine (BBZ).

Companies such as c-Lecta GmbH already benefit from the many advantages this biotechnology campus has to offer, and it has helped their visions become a reality. Come and write your own success story at the BioCity Campus in Leipzig.

Space for ideas on the BioCity Campus

Innovation Award of the German BioRegions 2023

Apply now for one of three prizes of €2.000 each, an audience prize of €2.000 and attention for your groundbreaking invention at the German Biotechnology Days in March 2023 in Wiesbaden.
more

As part of the white paper process on research in public scientific institutions in the Free State of Saxony, the Saxon Ministry of Science is launching an ideas competition. Under the label "science on stage - clear the stage for science", researchers are looking for original and creative solutions, impulses and suggestions for central fields of action of a future-oriented research policy in the Free State of Saxony. The competition will be held in two languages. Submissions are possible until March 17.03.2023, XNUMX.
more

Saxon technology funding has started: Applications for funding for research and development (R&D) in small and medium-sized enterprises (SMEs) in Saxony can now be submitted to the SAB. The basis is the funding guideline "ERDF/JTF Technology Funding 2021 to 2027", which is a continuation of the previous program "ERDF Technology Funding 2014 to 2020". With the new technology funding program, Saxony wants to further strengthen the innovative power and thus the competitiveness of Saxon companies.
more